Sleep paralysis can be the most terrifying experience, even for those who have encountered it before. There is quite possibly no feeling more hopeless than what you encounter during a bout of sleep paralysis.

What Is Sleep Paralysis?

Sleep paralysis is when you are awake and alert for a moment just before you sleep but you lose control of your voluntary muscle movements. More often than not, you sense that there is another presence in the room – you have no idea who or what it is – and there is nothing you can say or do to escape it.

Your body cannot move, your voice is seemingly lost and you feel like you are under siege from a seemingly evil spirit.

The experts say this affects a comparatively small percentage of the population but the trauma experienced by that segment of the population is immense, especially for an encounter that really does not last that long. There are also those among us who experience sleep paralysis more regularly than others.

For some, this goes away with time. However, it can be a severe problem for others and needs some form of treatment to help them get through it.

Sleep Paralysis and Worst Night of My Life

I have a brief anecdote to tell about sleep paralysis, which I encountered in my mid-twenties. It is something that only ever happened to me twice but within a very short period of time. I had just moved to a new city, to start a new job and had struggled to find new accommodation or friends for that matter.

It was an immensely stressful period in my life and not everything had gone to script.

Such was the level of my frustration that I had sought means to help mitigate my feeling of total hopelessness.

I then consulted a traditional healer, who I had hoped would remedy the problem.

They gave me some “medication” and instructions on how to prepare and consume it. At the time I was certain I had followed through on all of those instructions.

I then consumed the medication, shortly before I went to sleep. As I was dozing off, I felt what I had determined was a “ghost” coming through my open bedroom window.

It was a warm night and I had developed a habit of sleeping with my windows open, even though I was living on the ground floor of my apartment block – on the side facing the street.

Then suddenly, I felt something wrap itself around my neck. I thought it was the “ghost”, which was now starting to feel like an evil spirit sent to finish me off – such is the nature of the superstition in my neck of the woods.

I felt like I was cursed and being punished for something I had done to someone. Truth be told, it could have been anything at that stage in my life. It was a confusing, lonely and very busy time full of pressure.

I then tried to put up a struggle but couldn’t move my arms or the rest of my body for that matter. I felt like I was being suffocated and that the time had possibly come for me to meet my maker.

I noticed a set of keys next to my bed and tried to reach for them but I couldn’t. It had been envisaged that I could throw those keys at the door and wake my flatmate.

Just when all hope was lost and it felt like I was dying, the presence that had been strangling me suddenly let go and vanished, out the window from whence it came.

Suffice it to say, I never slept again that night. The whole point of this anecdote is to illustrate how something like this could read like total nonsense and even sound like nonsense; until you experience it yourself.

I also mentioned the circumstances surrounding this episode because they are relevant to how and why I had encountered sleep paralysis and perhaps even why it never became a chronic issue in the long term.

First and foremost, when you encounter this you are totally aware of your surroundings and but are unable to move or do anything about. You think you are shouting out loud, screaming for help but you aren’t and frankly speaking, you can’t.

You feel a sense of physical weight and pressure on your chest, which at the time feels almost impossible to explain. You have difficulty breathing and even feel like you are choking or being strangled.

You start having hallucinations and then you sense there might be a presence in the room.

The fear you encounter is beyond comprehension for somebody who has never experienced it and you have a sense of dread.

There are some people who describe hearing footsteps coming closer to them as if a thief or dare we say it a demon is creeping up on them. That feeling of pending death is the most traumatizing there is.

The huge irony about this is that there is actually no physical danger to the person experiencing sleep paralysis. You won’t actually die, you just feel like you will – which is maybe a little worse.

There are two types of sleep paralysis. The first of those is hypnagogic and the second is hypnopompic. The former takes place just when you start to sleep or shortly before you start your sleep.

The latter is also commonly referred to as postdormital and happens just after waking up, during that transition from sleep to awakening.

Rapid Eye Movement Sleep or REM Sleep is associated with vivid dreaming. If somebody experiencing REM sleep is woken up while dreaming, that person can normally give a very accurate account of what the subject of that dream was.

The narrative tends to be more complete and significantly longer than that which is provided by somebody who does not experience REM sleep. I know, that seems obvious at this point.

REM Sleep is also associated with lucid dreaming, where a person is dreaming but is also aware that he is dreaming – like something out of Inception. People who have lucid dreams also tend to have control over the characters and the narrative in that dream.

REM sleepers are generally creatives too.

During REM sleep signals are sent to your spinal cord and motor neurons, to shut off any movement. That creates a temporary inability to move the muscles in your arms and legs. It is essentially a protective device or mechanism in your body employed during sleep.

It prevents you from injuring yourself and others when you dream. I think we can already see the link between REM Sleep and Sleep paralysis. So, let us now expand on that.

There is a period, for want of a better word, between REM being on and REM being off. It is in that brief period of time that sleep paralysis takes place.

Negative emotions, which I touched upon earlier in this segment, are often associated with sleep paralysis. That is normally because the Amygdala is active during REM sleep.

The Amygdala of the brain is normally associated with anxiety and fear and because it is active during REM this facilitates the anxiety that you feel during sleep paralysis.

Doctors will likely tell you that genetics are at the very least partly responsible for sleep paralysis. Those among us who are plagued by sleep disorder are also more likely to experience sleep paralysis.

An example of a sleep disorder is uncontrollable daytime sleepiness. People who sleep on their backs are also most likely to experience sleep paralysis There are also those among us who regularly do not get enough sleep – for whatever reason. That could be work, it could be Jet Lag or a number of other sleep-related issues.

If you are somehow depressed or in a poor mood, sleep paralysis is likely to get you. That is also something that was illustrated in my anecdote earlier in this segment. If you are feeling stressed you are also likely to experience some form of sleep paralysis.

If you have other psychological issues like PTSD or bipolar, you are also well placed to succumb to sleep paralysis.

While you are unlikely to be able to treat the sleep paralysis itself, there are ways to treat some of the factors above, which have been associated with sleep paralysis.

You can maybe try and manage sleep paralysis and you can even try and prevent sleep paralysis. However, experts are still searching for more permanent solutions.

What Can You Do About Sleep Paralysis?

As with other sleep conditions, a good place to start is getting your “Sleep Hygiene” or bedtime routine/schedule in order.

Research at, National Center for Biotechnology Information, U.S. National Library of Medicine, finds that an irregular sleep/wake cycle may be a factor in sleep paralysis.

An article I have written about sleep hygiene is available here… Read it and see if there are improvements you can make to your current routine which might assist you with sleeping better.

If you are not worried about your experiences and now understand this condition a little more you can now relax and manage your episodes.

If you are stressed and concerned about your episodes seek assistance. In fact, if you are worried about any sleep conditions you can start addressing these by talking to your physician and move forward from there. 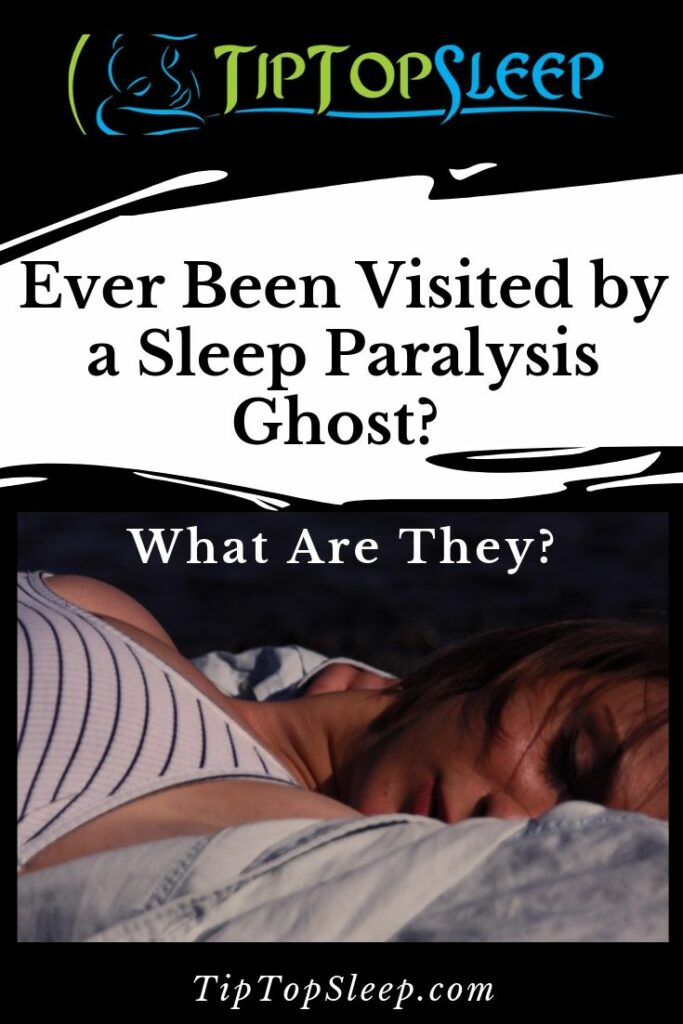