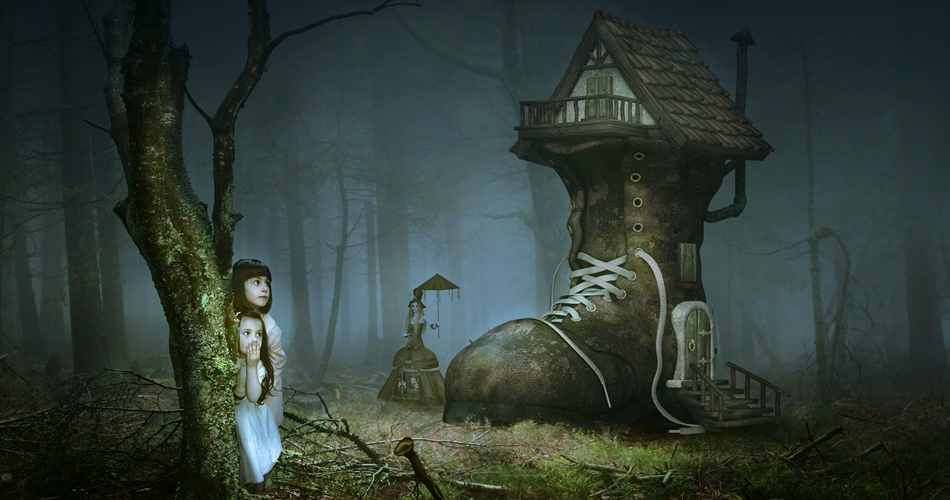 As Christopher Nolan’s “Dominick Cobb” once so eloquently put it, our dreams feel real while we are in them. It is only when we wake up that we realize things were strange.

How to Wake Yourself up from a Dream?

What is Lucid Dreaming?

Before we go into that, it is probably prudent to come to grips with what a lucid dream actually is. Lucid dreaming is a rare state in which the sleeper is aware that he/she is dreaming and that he/she is not really awake.

At its core – and historically – lucid dreaming has been a spontaneous phenomenon. However, the 21st century continues to produce compelling evidence to suggest that incidents of lucid dreaming can actually be increased with training.

Therefore, if you can control the number of lucid dreams you have and when you have them, it then stands to reason that you can eventually teach yourself to control what happens in those lucid dreams and for how long.

Allan Hobson of Harvard Medical School points out that the younger you are, the greater the prospects of performing intentional self-awakenings. The dream experience, as we all already know is usually an involuntary process.

During lucid dreams, especially if you are young, you can develop the capacity to control the plot through voluntary decision making. That would include developing the capacity to wake up if and when the dream you are in becomes too intense, which it often can because of what you experience in your sub-conscience.

The sub-conscience is an element that you never really have full control over and it can be traumatizing.

So, in a nutshell. During lucid dreaming, you get to play the role of an actor in the dream, while you are also an observer. What a treat!

How Do You Wake up From a Lucid Dream?

One method of learning how to lucid dream is that of taking notes of your surroundings and environment when you wake up and are in your regular awakened state.

Taking what you remember of the dream you just had – you would do this over a fair period of time – you then make mental notes before you go to sleep again.

That way, if you spot something particular in the dream, you will know that you’re dreaming. Try not to make mental notes of things and objects that you are accustomed to in real life.

This way, you able to make a clear distinction between the dream and reality. Then you will also know when to wake up.

Decisions You Can Make in Your Lucid Dreams

More often than not you can just tell yourself to wake up when you are having an undesirable lucid dream. That is probably more than enough but sometimes that particular technique will not wake you up from your dream.

Desperate times tend to call for desperate measures and under those circumstances, some of the oddest techniques can help you through the trauma of not being able to wake up from a dream.

One of those is calling out for help in your dream. Initially, the impact of such a move might be minimal. However, the more you call out the more likely you are to tap into your subconscious.

At some point, a part of your brain will be alerted to the emergency and eventually, you will wake up from your dream.

Another recommended technique is actually blinking in your dream. The logic is that when you open your eyes again, you might actually open them in reality too. As is the case with most things in life, perfect practice with either of these techniques will likely yield perfect results.

These things tend to take time.

In the movie Inception, which features Cobb himself, an option presented to those trying to wake up from a dream is dying while in the dream.

That is a bit dramatic.

But back to this small matter of dying in a dream. There is absolutely no reason why you cannot pursue that avenue. How many more opportunities are you going to get to die and then be able to tell the tale?

As is the case in the movies, if you die in your dreams you will wake up just before the deed is done.

If you know how to lucid dream, that ultimately means you also know how to manipulate your dreams, to varying degrees. Part of that manipulation can include actually changing the whole dream or nightmare altogether.

If there are characters or objects in that dream which are traumatizing you, you can simply erase them when the going gets tough. That is if changing the whole dream is not your wish or desire.

Sexual Healing Can Wake You up from a Dream

The jury is out on whether this ever crossed Marvin Gaye’s mind when he was performing the famous song but there is compelling evidence to suggest that having sex while you are dreaming can help wake you up from the dream.

The logic being that the extent and nature of the intimate activity will get your motors running, so much so that your mind has no choice but to facilitate you waking up from your dream.

Let’s face it, there are probably few better ways to wake up from a dream and there are few better lucid dreams to have.

Set a Clock to Wake up from a Dream

Stage 1 of your sleep cycle, when it is still possible to be woken up quite easily, lasts in the region of ten minutes. This is when your eyes are closed and basically nothing else happens.

Stage 2 is what the medical practitioners will refer to as light sleep. It is essentially when your body and organs start preparing you for a state of deep sleep.

Stage 3 is when you start entering deep sleep when somebody could wake you up and you would feel slightly dazed, weak and unsteady. Under those circumstances, waking up will feel like somewhat of a chore.

The next phase of sleep is what we call REM sleep. REM sleep is when all of the dreamings takes place during your sleep cycle.

Ordinarily, that happens about 90 minutes into your sleep cycle. Now, that first REM phase only lasts about ten minutes but we are talking for about ten minutes that could prove to be very intense for the dreamer.

So, the key here is to set an alarm for about 90 minutes into your sleep, when the REM phase is expected to start.

You only really need to do that if you suspect that you will have a difficult dream to negotiate.

That is to say, if you have experienced a series of bad dreams already. So, you are basically preparing yourself for the worst.

Too much of anything can have an adverse effect on you. In this context, it is not particularly healthy to wake from REM sleep too often because there are actually health benefits associated with REM sleep.

At some point, you will have to seek better methods of waking up from dreams.

Using Light to Wake up from a Dream

There is also the option to practice light sleeping. Light sleepers often sleep with some lights on or they like to allow light into the bedroom by leaving the curtains slightly ajar. You can adapt this method if you are somebody who would like the option of waking up from your dream state a little easier.

Sometimes leaving the radio or television on when you go to sleep can assist in achieving similar objectives. Or you could alternately just leave the bedroom window open. You would obviously need to suspect that you will have an undesirable dream on the said evening though. As we mentioned earlier, the more REM sleep you have the better.

In the long term, this isn’t a healthy practice either though but if you feel that you need to wake up from an intense dream then this is naturally the way to go.

Waking up from a dream is an art which you too can master, give it a go if you find you are not happy or feel yourself becoming distressed…

While waking up from your dream is always an option when it gets too intense, we actually advise that you maximize your opportunities to get REM sleep. It will do you good.