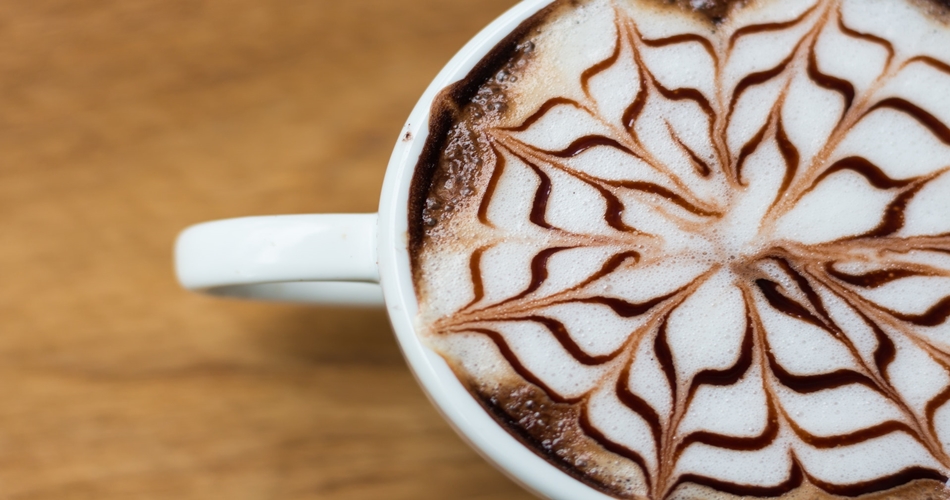 Are you one of the 79% of Americans that consumes a caffeinated drink throughout the day and you want to know the effects of caffeine on sleep – your sleep in particular?

As a caffeine drinker, I wanted to know the answer to that question myself. Read on and enjoy the answer I discovered…

Research of the effect of caffeine on sleep discovered that after 5164 days monitoring the behavior of 785 people, with an average age of 63 years, it has firmly been established that the consumption of caffeine shortly before bedtime had absolutely no impact on the quality of sleep.

Is It Bad to Have Caffeine Before Bed?

The simple answer to that question is no. A study conducted by researchers from Florida Atlantic University, Brigham and Women’s Hospital, Harvard T. H Chan School of Public Health, Harvard Medical School, Emory University, the National Institutes of Health, and the University of Mississippi Medical Center has confirmed as much.

During the fascinating and extensive study, caffeine was pitted against fierce rivals alcohol and nicotine. The researchers said that during the study, the evening consumption of alcohol was associated with lower sleep efficiency.

The study on evening nicotine consumption produced the same findings. However, caffeine – which has built up quite an unjust reputation over the years passed the medical study with flying colors.

With regards to nicotine and alcohol, the researchers explained that the consumption of either less than four hours before bedtime had an adverse effect in shut-eye, citing what they called fragmented sleep.

So, ditch the booze, ditch the cigarettes but do not touch our coffee in the evenings!!!

How Do We Know Evening Caffeine Consumption Doesn’t Impact Sleep?

The academics involved in the study examined three things in particular. Firstly, they wanted to establish if the evening consumption of caffeine had any impact on sleep duration over a protracted period. The answer to that question was no.

Secondly, scientists wanted to establish if the evening consumption of caffeine had any impact on sleep efficiency. That is to say, was the sleep of the test subjects fragmented? The answer to that question was another overwhelming no.

Thirdly, they wanted to establish if evening caffeine consumption had any impact on wake after sleep onset (WASO). The answer to that question was another overwhelming no. However, how did they go about formulating their findings?

Those in the know will tell you that actigraphy is a method of monitoring human rest and activity cycles. The participants of the study on whether caffeine had any material impact on sleep, wore an actigraph on their wrists for the greater part of seven days a week.

The consumers of caffeine products also completed daily sleep diary assessments, which shed some meaningful light on whether evening caffeine consumption had any impact on sleep patterns.

In addition, things like age, sex, body mass index, anxiety, stress, educational levels, and occupation all took into account. Despite all of that, there was absolutely no evidence suggesting that the consumption of coffee and caffeine products in the evening had any material impact on sleep.

Why It’s Important We Know About the Possible Impact of Caffeine on Sleep?

As we have established many times on these blog pages, poor quality of sleep will have an adverse impact on your health. Among other things, we are talking about cardiovascular disease, diabetes, hypertension, and some cancers.

We now live in an age when people like to be more educated on health matters because they are obsessed with the idea of feeling and looking younger while living longer at the same time.
Such is the nature of the human condition.

People are also establishing with increasing regularity that the quality of sleep you have has an impact on all of those objectives. That is why we are now interrogating or scrutinizing the impact of the food and beverage we consume before we sleep.

The three bad boys have always been nicotine, alcohol, and caffeine …or so we thought. As we are now learning, caffeine is not as bad as was previously thought.

For all of these years, caffeine has been a victim of circumstance, an easy target. Because the reality is that prior to this recent study the subject hadn’t really been examined at great length.

That is what the scientists conducting this particular study tell us anyway. There was a previously held view that caffeine consumption shortly before bedtime would delay the time that it took for you to fall asleep.

The scientists call that increased sleep onset latency. There was also the view that caffeine consumption would increase what we call WASO. We established earlier in this blog post that this is awake after sleep onset.

So, in both cases, it was previously believed that caffeine consumption shortly before sleep had some kind of impact on your sleep patterns and that both findings were adverse. The scientists conducting the most recent study said those findings had been inconclusive though and insist that their literature paints a more accurate picture.

Their literature concludes that there is no impact on sleep quality at all.

Can One Coffee a Day Affect Sleep?

Again, given what has been established above, we can safely conclude that the answer is no. Caffeine use before sleep is generally very common, as was the case in this study. The scientists said at least 40 percent of participants consumed caffeine daily.

Not everybody agrees with the findings though. Dr. Steven Winiarski reminds us that caffeine is a well-known stimulant of the central nervous system, adding that this is the kind of thing that has a detrimental impact on sleep. Just how detrimental that impact might not be entirely clear but detrimental it is.

He insists that consuming just one cup of coffee in the morning can impact your sleep as long as 16 hours later when the time has come for you to hit the sack.

He does concede, as the academics have already pointed out, that if you are going to consume caffeine before bedtime it is probably most prudent to do so at least four hours before you plan to hit the sack.

As it so happens, Winiarski is a graduate of Emory, a university that participated in the study that we have cited extensively in this blog post.

Once again, there are previously held views that will tend to contradict the findings made in the study that we have cited earlier in this blog. Among those views is one held by a certain Dr. John Cline.

However, in the context of this particular question, we are more interested in the length of sleep.

So, the length of sleep that we have under the influence of caffeine can be quite a critical affair.

Cline also believes that drinking coffee late in the day will definitely make it significantly more difficult to fall asleep.

It is perhaps worth noting that caffeine consumption doesn’t only have to do with coffee. That is something that we tend to take for granted.

So, coffee is not the only perceived danger here. The good doctor believes that caffeine consumption actually reduces sleep efficiency to as low as 74 percent, down from 90 percent.

While deep sleep is probably reduced by caffeine consumption, Cline does at least note that there is slender evidence to suggest that REM sleep is also reduced by the consumption of caffeine.

So, you might be fatigued by the consumption of caffeine shortly before you sleep but at the very least, you will not lose out on your dreams. Surely that counts for something.

Either way, the recommendation has been made that you should not actually consume caffeine products after 2 pm on any given day or at any given time of the year.

We are going to muddy the waters even more by citing a 2016 study which claims that caffeine consumption shortly before bedtime will have a different impact on individuals depending on what their tolerance levels are.

That will also take into account the recommended dosage during the course of the day and shortly before bedtime. Once again the jury is still out on the impact that this would have on REM sleep.

This particular report says REM sleep will be less affected, while others note that REM sleep is unlikely to be affected by the consumption of caffeine shortly before bedtime at all.
Among the factors that they say will determine the level of impact are age, genetic variability, and sensitivity levels. The ultimate findings will also hinge heavily on the level of caffeine intake and over what period.

With regards to genetic variability, it has been established that those with a slow metabolism will experience a greater sensitivity to the plasma concentration of caffeine after ingestion. That is regardless of the amount.

That is to say, the same level of caffeine intake can have a totally different effect on two different individuals. There is also the commonly held view that the older an adult is, the more likely he is to be sensitive to the effects of caffeine consumption.

However, age is often not enough to determine the impact that caffeine is likely to have on an individual, with mention being made of body weight in said study.

Interesting studies, great for me, as long as I do not consume too much caffeine every day my sleep should not be affected.

My personal conclusion is to read your own body and monitor your own situation. I believe that we can be stimulated by many things during a single day that can keep us awake.

For example on a single evening you cannot get to sleep as normal you may not have consumed any caffeine that particular day.

On the other hand, if you consume a large amount of caffeine that is out of the ordinary for you – you may not sleep well that night. Remember caffeine can be hidden in many foods and drinks.