It is an established fact (Source) that the average human being brushes his or her teeth for a total of 82 days during one lifetime. The more negligent – and sometimes less well off – among us will spend a little less time taking care of their oral health, while more compulsive folks will clean their teeth more often.

The effects of not brushing your teeth at night can have a lasting impact on your life. You will suffer pain and embarrassment while you battle gum and tooth damage. Later in life, you could possibly lose teeth which will need to be replaced by dentures or some other alternative so you can eat and it will be costly.

Benefits of Brushing Your Teeth Twice a Day

We think that the majority of people who fail to brush their teeth twice a day are more likely to skip the session shortly before they go to bed and that will be the basic premise of this blog post about brushing your teeth at night.

The 21st century – and the technological revolution that came with the territory – has allowed for bad teeth cleaning habits to creep in. The consequences thereof have ranged from minimal to severe.

Recent research conducted by the Oral Health Foundation has revealed that the majority of people surveyed in parts of England, Scotland and Northern Ireland expressed deep regrets about their failure to better look after their teeth when they were younger.

See also  What Happens to Your Eyes When You Sleep?

Most of the people who expressed deep regrets were older than 55. That is to say, they fitted into the 55-64 and 65+ brackets.

Without getting too drawn on this particular element of the discussion, it was also interesting to note that the majority of those who fell into the 25-34 age bracket already started expressing deep regrets about their dental hygiene practices.

So, at the very least, we have already established that poor dental hygiene starts to have a detrimental impact on your self worth or self-esteem in the long term. Not brushing your teeth at night is a significant part of that.

Dentists believe that your teeth’s protector, saliva, production slows down while you sleep. Saliva is like nature’s toothbrush. It protects the teeth and gums against bacteria and helps neutralize acid levels within your mouth. It also assists in flushing out other particles trying to attach themselves to your teeth and gums. 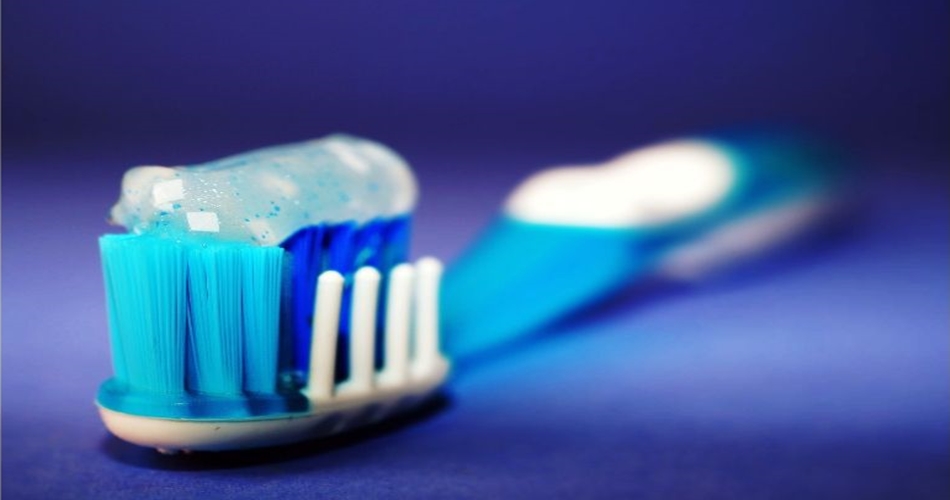 Not Brushing Your Teeth at Night Because of Computers

Many among us will be in total denial about this but the addiction to computers has a severe impact on dental hygiene, particularly at night. While you can probably get away with not flossing – purely because it is a time-consuming activity that distracts people from whatever it is that happens on the computer – there is also the distinct possibility that people constantly on their computers late at night will simply forget to brush their teeth.

In the same way that we forget to take a bath or eat three meals a day.

Most of the people – and studies confirm this – are teenagers. The results from 1611 people were used in the most recent study. Young men or boys were in the minority.

See also  Can You Sleep with a Tampon in All Night

However, those boys were in the majority of those who spent more than three hours on their computers every day. On average, they actually spent just less than four hours on the computer every day.

Those boys were also in the majority of those who did not brush their teeth at least twice a day.

We probably need to hazard a guess at this but it is most likely that people who do brush their teeth once a day, normally do so in the morning. It seems the more natural thing to do. Those young men were also in the majority of people who did not floss their teeth, which is no longer a surprise.

The same boys were also guilty of consuming the most snacks during the day, which means there is actually more to clean when the time does come to sleep. And the young boys (and some girls) simply do not do it. This unfortunate bad habit is detrimental to your sleep patterns at night.

Not Brushing Your Teeth at Night – Sleep Impact

The impact on your sleep, when you do not get into the habit of brushing your teeth at night, becomes most apparent when the state of your dental health starts to deteriorate gradually.

People who do not brush their teeth at night are likely to encounter symptoms of oral pain at night and during the day.

The impact of encountering oral pain at night is obvious in that it prevents you from sleeping. Any form of pain does that.

As we have already established in previous blog posts, the failure to sleep at night has a detrimental impact on your overall health.

Your body will not flush out certain toxins and your capacity to operate at an optimal level during the day will be severely diminished. Naturally, there are exceptions to the rule.

However, this business of not brushing your teeth at night extends beyond that. Experiencing oral pain at night is one thing but also experiencing it during the day is a train smash waiting to happen.

See also  What Is Sleep Hygiene? (The Facts)

If we narrow this discussion down to teenagers, which is the appropriate thing to do under the circumstances, schoolwork starts to suffer because of extended oral pain.

Children either fail to focus on their work during school hours or worse still, they abandon the idea of going to school altogether – all because they had experienced too much oral pain.

The experts who conducted this study found that bleeding in the periodontal pocket, once it had been probed, was prominent in those who failed to brush their teeth at least twice a day (or at night).

The Gingival pocket is supposed to be between 1-3mm when it is healthy. While there were actually very few cases of people who had Gingival pockets at greater depths than 4mm when the study was conducted, there are strong indications that there is a link between not brushing your teeth at night and deep Gingival pockets.

We have already touched on the oral pain that is often associated with not brushing your teeth at night. Suffice it to say that this has become a prominent feature for those who have adopted that poor habit.

The school absenteeism that is associated with poor oral hygiene is also worth noting and is concerning.

Do yourself a favor and get into a routine and carry out these three quick and easy oral hygiene activities twice a day morning and evening:-

Practice this oral hygiene routine and you will be well on the way healthy teeth and gums. You will have great sleep without mouth issues and some extra money in your bank account.

How To Brush Your Teeth – Instructional Video 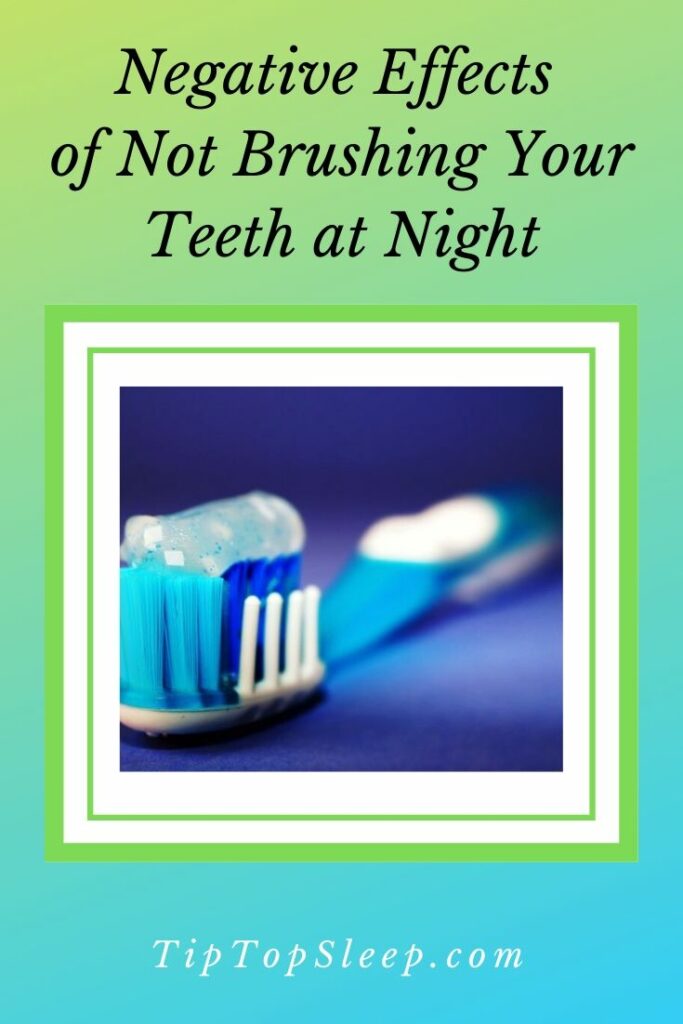