Are you one of the few persons who have this intriguing question, where do squirrels sleep? Well, that might seem like an odd question to ask out in the open. But don’t worry, we are going to give you the answers.

During the day, squirrels can be seen running practically everywhere. You can see them in the yard, trees, and even the power lines. But at night time, you might wonder where they rest.

The answer depends on the type of squirrel, the time of the year, and even their geographic location. For Red and Gray squirrels, they stay in tree nests which are called dreys. For ground squirrels, they love staying in underground burrows, which have tunnels up to 30 feet.

We’ve already mentioned that other squirrels stay on dreys. But what are these?

These are leaf nests made of twigs, grass, and dried leaves. Typically, you can see it 30 – 45 feet above the ground. But for cities or urban locations, you might see the dreys in the exterior of buildings or even in attics. What the squirrels would do is chew on branches and will start building their nests before fall. Expect that the dreys will look like a hollow sphere.

Take note that there are times wherein squirrels do not need to build their own nests. If they are lucky enough, they could use a nest made by a different squirrel. Also, sometimes they make multiple nests as a backup. So you see, these animals are smart. 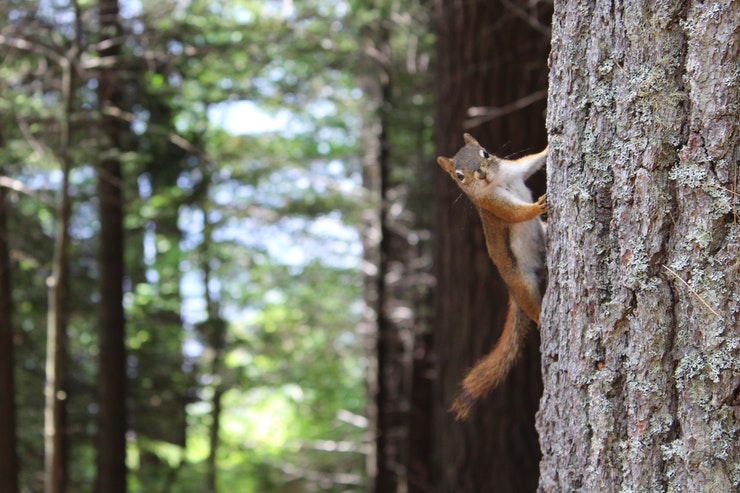 What are Cavity Nests?

In some cases, squirrels also find their home in cavities made by woodpeckers or naturally formed. These are also called dens.

If you must know, dens are more advantageous than dreys. It’s because it gives the squirrel extra protection against bad weather conditions or even predators. Plus, this is easier to maintain. Because of that, the squirrel can save their energy for other things, instead of building their new home.

Tree squirrels can also go underground in case of emergency. If their nests are destroyed during winter, they might need to find an underground, so they will not freeze.

What are Underground Burrows?

Where Do Squirrels Sleep in the Winter?

For ground squirrels they stick together in their underground shelter. This is quite a different behavior compared to those who live in trees. Take note that ground squirrels hibernate in their holes throughout the winter. There’s also a species where they could hibernate for eight months. They rarely leave their homes except when they need to urinate on the ground.

If you want to know more about where do squirrels sleep or how do they stay warm during winter, here’s a video that could help you.

What Time Do They Sleep?

We bet you are going to envy squirrels because they sleep 15 hours per day. This is true for most species. You see, squirrels are crepuscular. By definition, this means they are active at dusk and dawn. However, some species enjoy the sun and could go around all day during summer.

Where Do They Protect Themselves During Rainy Days?

Did you know that squirrels can lose their body heat faster compared to bigger mammals? This means they will always exert an effort not to get soaked when it’s raining. If they get wet, it would be more challenging for them to control their core body temperature.

And now you might begin to wonder, how can they protect their bodies when it’s raining? The simple answer is that they use their tail. They will flip it over their body as if it is an umbrella. Even if it gets soaked, at least the bigger portion of their body will stay dry.

How Do They Store Their Food?

Another great thing about squirrels is that they are smart when they store their food during winter. Sometimes, they will pretend to bury it in a specific place. But in reality, they are storing it in another. This is their attempt to throw off their competitors.

During the winter, they will go back to their stored food. Interestingly, they know exactly where they hid their food using a technique referred to as spatial chunking. It’s when they bury the same types of foods in similar locations.

Who would have thought that squirrels have excellent organizational skills? 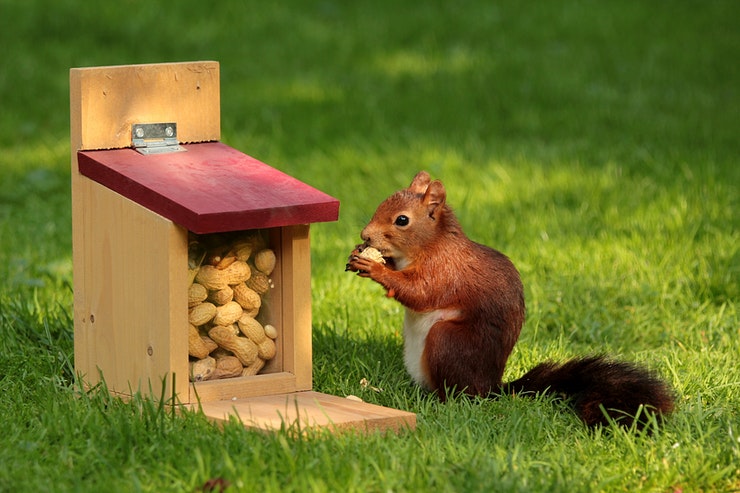 Where Do Baby Squirrels Stay?

Here’s another interesting fact about squirrels. Have you ever wondered when a baby squirrel could go out on their own?

Right after birth, you cannot expect squirrels to leave their nests or den. They are blind and deaf, and it would take several weeks before they can fully open their eyes. By ten weeks, they can already go on their own and create their own space for sleeping.

Should You Allow Squirrels to Stay At Home?

Let’s admit it. Squirrels are cute. However, in most cases, they are not the best housemates. For example, since they chew on power cables, there’s a higher risk of fires and electrocution. Also, they could attack humans, which could cause a number of injuries. Let’s not forget the property and vehicle damage they could incur.

Unless you are an expert about squirrels or have a huge property with trees and lawn, be on the lookout for squirrels nearby.

Signs of Squirrels at Home

Here are a few tell-tale signs that a squirrel is living in your home.

Yet again, these should not be reasons for you to hurt them. It’s best if you call the experts and see what you can do to remove them from your homes. 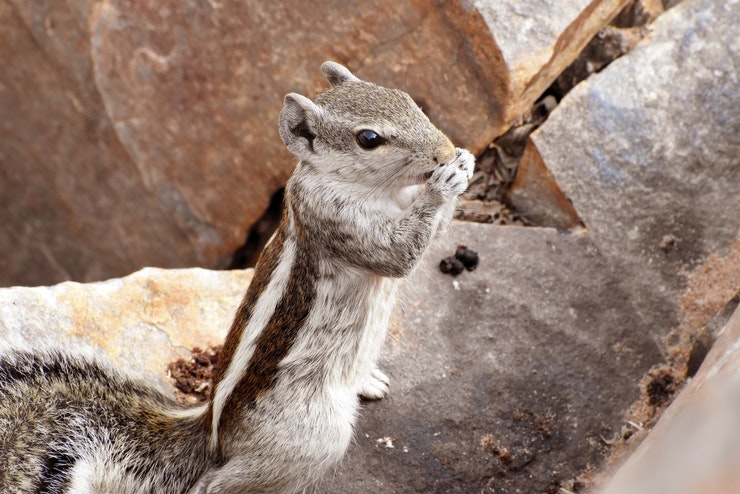 Conclusion, Where Do Squirrels Sleep?

Squirrels are such cute creatures, and it’s not surprising that you are interested to know where they sleep. But take note that not all squirrels are created equal. Some might sleep on nests or dreys, and some might sleep underground.

When you see their homes, make sure to respect it. Do not destroy it, and let them live in peace.