Ever wondered if snails sleep? I didn’t until my three-year-old grandson asked me recently. Well not for about fifty years anyway probably since I asked the same question of my parents or grandparents.

So I went researching – as we do these days – because it is so easy to “Google it” even while sitting outside playing with children in the dirt, sand, mud, and grass! Argh! This is what I found…

Canadian scientists have recently examined whether snails (of the species Lymnaea Stagnalis) found in Europe and the northern parts of Asia sleep, by analyzing the behavior of the mollusks in a stock tank. The findings of that study might surprise you.

Do Snails Sleep? If so for How Long?

Yes, snails sleep! Science tells us that snails seem to have an alert or awake of around 30 hours then a sleep cycle of a period of 13 to 15 hours where they experience 7 stages of sleep.

The Scientific Answer for How Long Do Snails Sleep

The keyword here is quiescent. The recent scientific study conducted on a specific snail species established that when they were found to be inactive or dormant for about 22±1 min, they were in fact sleeping. That is to say, in a quiescent state.

How Do We Know Snails Sleep?

The scientists conducting the study said the aspect ratio of the snail’s foot decreased significantly when it was in a quiescent state – or sleeping.

They compared the aspect ratio of the foot to when the snail was moving.

They said the foot becomes a lot shorter when the snail is sleeping. What is worth noting though is that the snails did not withdraw into the shell completely when they were asleep.

See also  Do We Really Swallow Spiders While We Sleep?

In addition to that, the tentacles of the snails were also shorter when they were asleep.

There is an acknowledgment from scientists that the shortness of the tentacles did vary from snail to snail. There is no set length or ratio there. However, even in that case, the tentacles did not withdraw completely during the study.

It was also found that when the tentacles shortened, they tended to curve somewhat and were less swollen when snails were asleep.

Snails use something called the radula to feed. Comparisons are often made to the functions of a human or animal’s tongue. Ordinarily, that radula makes what the experts will call rasping movements. Those movements are absent when a snail is asleep or in a quiescent state.

Back to this business of the shell. We have already mentioned that the snail does not withdraw into the shell completely when it sleeps. However, the fun facts do not end there.

There are strong indications that there is some form of muscle relaxation when the snail sleeps because the observation was made that the shell actually falls away a little when the snail is sleeping.

That probably also has something to do with the aspect ratio of the foot.

During the study, there was compelling evidence of sleep. However, it is perhaps worth noting that not all of the typical signs of sleep (found in mammals) were detected when the scientists involved were observing the snails.

For example, when mammals are awake for an extended period their “sleep rebound” is normally followed by particularly deep sleep. When they do eventually fall asleep, they will fall asleep for an extended or lengthy period because they are just that tired.

By “sleep rebound” I am referring to what is also known to some as REM rebound, which is the lengthening and increasing frequency and depth of rapid eye movement (REM) after a mammal has been deprived of sleep.

The REM state of sleep is associated with vivid dreaming and that state of vivid dreaming is reached a lot sooner than normal if and when a mammal has not had sleep enough sleep.

During the study on snails, there was no compelling evidence to suggest that these mechanisms featured prominently during their sleep phases.

The REM sleep state is a prominent feature of what scientists call the circadian rhythm, which essentially regulates the sleep-wake cycle over a period of about 24 hours.

With the snails, the scientists tested their sleep patterns under three different lighting conditions and in all circumstances, they could not produce any compelling evidence which confirmed that the sleep behavior followed any form of the circadian cycle.

What they did find though, was slender evidence pointing to the time of day. This had some impact on the frequency of what we have now determined to be a period of sleep for a snail. We suppose this should probably go without saying but we can confirm that snails sleep more when it is dark.

That is something which does remain consistent with the sleep patterns of mammals.

Also worth noting was that snails generally had short periods of sleep clustered together and that less sleep was recorded over long intervals. The studies also revealed that when the snails were above the surface, they tended to sleep for longer periods than they did when they were submerged.

Humans sleep in a bed and fish adopt a certain posture after choosing a certain spot before sleeping. However, there was none of that actually recorded when the snails were sleeping. 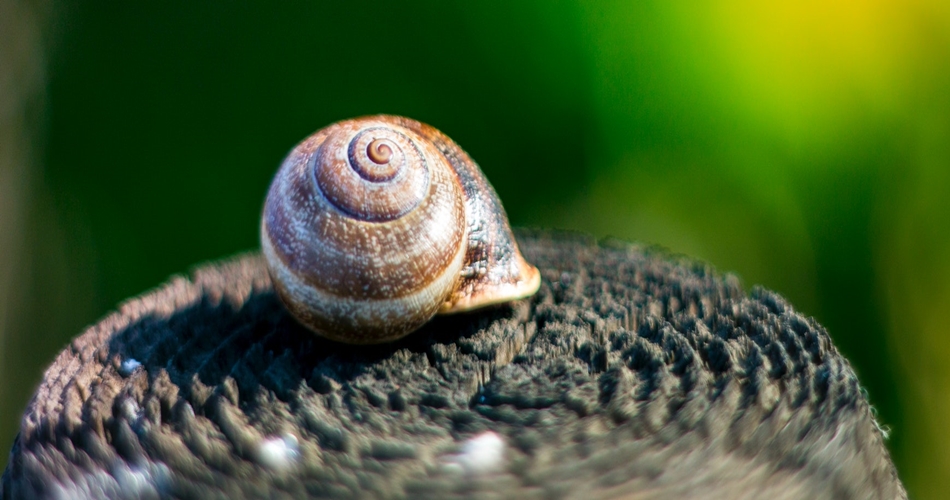 How Reliable Was the Snail Study?

The scientists were wholly convinced that they made some sound findings during their study.
For their study, they sourced great pond snails, which are generally found in slow-moving rivers, lakes and freshwater ponds.

The strain for these snails was initially sourced from canals in the Netherlands back in the early fifties. These were essentially the descendants. The snail sleep studies were conducted in a stock tank at a Canadian university.

The goal was to establish three things in particular.

The first was to evaluate the behavior of the snails before and after the study, to establish what was and wasn’t potentially a sleep-like state.

Secondly, the scientists sought to establish the extent to which snails responded to stimuli or what they called the response sensitivity of the snails – also to determine just how deep the mollusk’s sleep was during the period of the study.

Finally, an attempt was made to determine the snail’s behavior under differing lighting schedules, to establish if there was any correlation or consistency for that matter.

Among the interesting findings made during the lighting, studies were that snails could be stopped from hibernating during the autumn and winter months if the environment was artificially changed. That is exactly what happened during this particular study.

The study of the snails was conducted during the winter months when snails are known to hibernate for extended periods. The scientists used a simulated summer photoperiod and subsequently produced the results they were looking for.

It is also an interesting detail for those who did not know that snails hibernate, let alone sleep.

The behavior of the snail during defensive withdrawal was also monitored. So, that is to say when the snail was reacting to negative stimuli.

Then there is something called “oviposition”, which is a period of relative inactivity from the snail. A distinction needed to be made between that and a period of quiescence (sleep state).

Then there is the small matter of snails either being submerged or on the surface. An attempt was made to monitor the sleep behavior of the snails below and above the surface of the stock tank. Definite findings were made in that sphere too.

Snails Are Easily Aroused When They Sleep?

While the state of quiescence in snails is significant, the jury remains out on just how meaningful it is. The scientists found that even after a period of five to ten minutes, the likelihood of arousal remained constant in those snails.

So, while it was established that when the snails did fall asleep, there was some form of motor suppression – in addition to reduced sensory-motor responsiveness – both of the circumstances could easily be reversed if an attempt was made at some form of stimulation.

The scientists also determined that the sudden reversal of the sleep state could also be spontaneous and did not necessarily require some form of stimulus from those observing the behavior.

I sincerely hope I have answered your question about snails sleeping and for how long.

If you have any interest in how other animals sleep check out this page here you will find a heap of articles which I have written about all kinds of living creatures. 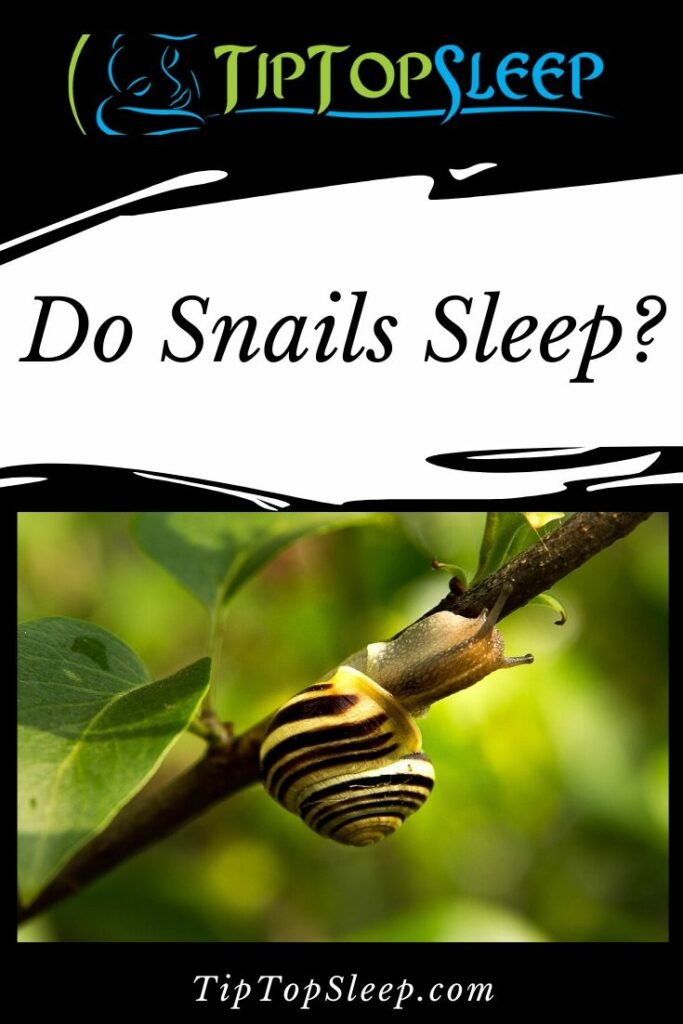