What Happens to Your Eyes When You Sleep? There are five phases of sleep in a 90 minute period, which is repeated throughout the night while you are sleeping. Our eyes relax and do very little during the first four phases then in the fifth phase we go through what is described as rapid eye movement.

The activity of the eyes is only really noteworthy during one of those phases. The fifth phase.

During the fifth phase of a 90-minute sleep cycle, Rapid Eye Movement (REM) is recorded behind your eyelids. During the other four phases of the sleep cycle, very little movement of the eyes is actually recorded.

Those initial four phases account for what we would call the non-REM phases of our sleep, where there is no Rapid Eye Movement.

Could that Rapid Eye Movement be related to the extensive dreaming that happens during this phase of sleep? Perhaps but as we all know, correlation does not imply causation. That is to say, the Rapid Eye Movement might be a reaction to the dreams but we do not know that for sure.

The dreams could also be a by-product of the Rapid Eye Movement itself but we do not know that for sure either. It has also been established by medical professionals that the rate of breathing increases during this phase of sleep and also that the heart continues to function normally throughout.

There is also no knowing if all of that is related to the Rapid Eye Movement. It is all somewhat of a mystery, despite there being so much literature available on the subject.

Do Our Eyes Scan Our Dreams For Us?

As they also note, there is a school of thought which suggests that the eyes, during the fifth phase of the sleep cycle actually trace the action or the imagery that forms such an integral part of our dreams. It is a perfectly healthy assumption to make. Proving that remains a challenge though.

That is primarily because the eye movement patterns are very similar to those recorded during periods of wakefulness.

Rapid Eye Movement for the Blind

There is another complication to be taken into account here and this has to do with humans and animals that are actually blind, where Rapid Eye Movement is also recorded. That revelation distorts the link between the visual in the dream phase of your sleep and the eye movement recorded when you are sleeping.

Why Does Eye Movement Happen When We Sleep?

Romeo Vitelli is another one of many who have been fixated by this subject for years, particularly the mystery of it all. He also wants to know why the Rapid Eye Movement actually takes place.

Vitelli cites research conducted by another prominent expert, Ionnanis Tsoukalas, who is of the opinion that the Rapid Eye Movement has something to do with the human body’s self-defense mechanism.

The latter’s work was published in 2012, presenting what he then identified as a new theory on Rapid Eye Movement. In short, he identifies a link between tonic immobility and Rapid Eye Movement – suggesting that it is a self-defense mechanism more than anything else.

Tonic immobility is a phrase that pops up quite often during discussions about animals, especially when they are in a dangerous environment. It is essentially a tactic that animals use for sheer survival. They fake being dead, so they can avoid being hunted or attacked. Sometimes it is also an offensive ploy. It doesn’t always work though.

The United States National Library of Medicine expands on this condition in human beings. The medical experts explain that it is a form of motor inhibition that is caused by extreme fear – fear that one is likely to encounter in the deep sleep or dream state.

Ionnanis Tsoukalas makes the connection between that fear and the movement of the eyes during the final phase of the sleep cycle.

What Happens to Your Eyes When You Don’t Sleep?

Bloggers spend a considerable amount of their time focusing on Rapid Eye Movement when discussions like this come to the fore. It is understandable because it is fascinating.

However, an aspect that does not get interrogated at considerable length is the health aspect involved.

Your eyes, like the rest of your body, need you to sleep. The sleep period offers up an opportunity for your eyes to be replenished.

The impact of sleep deprivation includes – but is not limited to – myokymia, popped blood vessels, papilledema, and dry eye. None of those are pleasant to deal with.

We are all familiar with those dark circles that tend to form around your eyes when you don’t sleep. Those are caused by the retention of blood and fluid around the eyes. That retention is a direct result of a lack of sleep.

How Much Sleep Do We Require

It is purely an aesthetic thing but aesthetics do matter to most people. Getting sufficient sleep prevents those circles. Your eyes and the surrounding environment are replenished.

The fluid circulation that comes with having your eyes closed also helps clean and renew the eyes. Another compelling reason to get more sleep.

Myokymia, for those who are not entirely familiar with the phrase, essentially has to do with the constant twitching experienced when you have not had enough sleep. Eye spasms basically.

That can be terribly inconvenient when you are in a line of work that is heavily reliant on quick reactions and good eyesight.

Popped eye vessels are not the end of the world, as such. That too is a purely aesthetic thing but bloodshot eyes are never pleasant to look at.

They are often associated with more nefarious activities, like drinking and the consumption of other drugs and minerals.

Anterior Ischemic Optic Neuropathy (AION) is one condition that does not always grab the headlines but maybe it should. It should scare you just a little if you have developed a habit of not sleeping.

The phrase “loss of vision” often gets associated with it, even though that is the worst-case scenario.

However, the key one in the context of this blog is sleep apnea – which is directly related to insomnia. Once again, your eyes need for you to sleep.

Good Sleep Hygiene to Get Your Best Nights Sleep

Not only does sleep deprivation affect our eyes it affects our overall health and wellbeing. Here are a couple of quick tips to help you get on track to achieve more sleep.

If you need further information I have written these resources which could be helpful to you.

What is Sleep Hygiene? Here…

These are just two helpful articles on my site – feel free to cruise around – check out the main menu at the top of the site – and see what else you can find that may assist you with a better night’s sleep.

Most of us generally would not consider that lack of sleep would unduly affect our eyesight. Apart from the obvious:-

You will see from the studies mentioned above that getting enough sleep and retaining healthy eyes have a direct correlation. 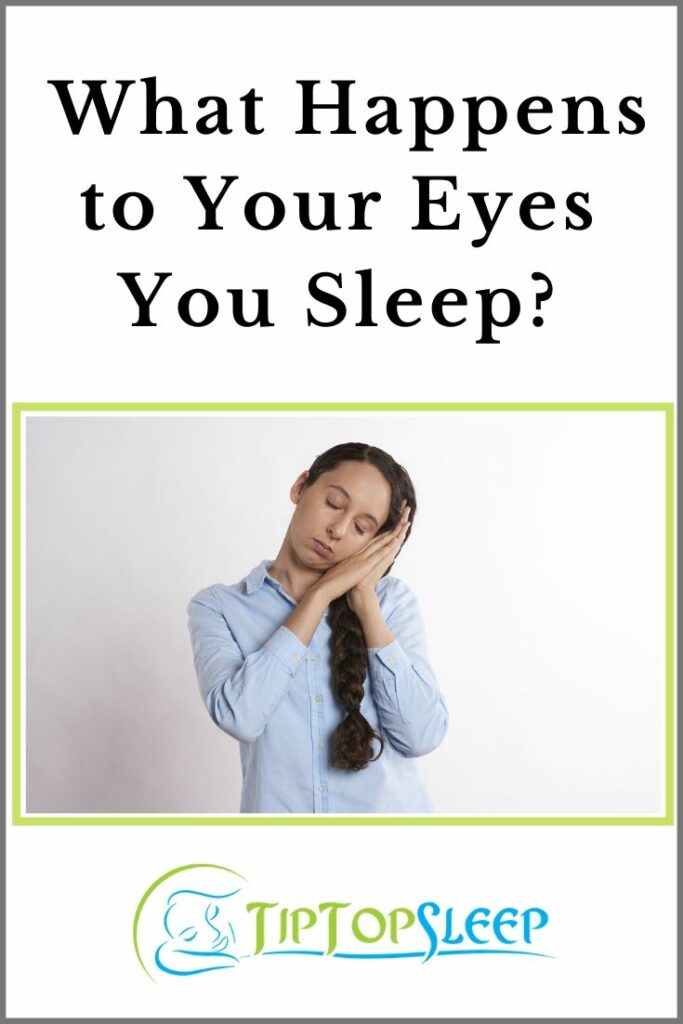