There isn’t actually a tremendous amount of consensus on whether it is in your best interests to sleep with a fan on or not.

In addition, there is not a lot of clarity to be found on whether a fan should actually be kept on the whole night if you do eventually opt to pursue the “sleeping with your fan on as an option”.

Should I Be Sleeping With a Fan On?

That depends largely on who you are listening to and what part of the world you are from. It really is only a conversation that needs to be had in communities that have much warmer and unforgiving climates. Although many of us use fans for more than just relief from the heat we use them for their white noise benefits.

The elephant in the room here is the amount of noise a fan will likely make in your bedroom, whether that be a ceiling fan or one that you have on the floor.

While the more modern inventions are expected to create less mayhem for you, there is no denying that just like a mosquito buzzing away – let’s face it mosquitoes are not actually that loud – a fan is likely to capture your attention at some point during the night, regardless of how modern it is.

Based on that alone, the jury is also out on whether it is wise to keep the fan on the whole night when you are battling with some insomniac tendencies. We haven’t really touched on the health aspects just yet. This is purely based on inference.

As we have already established many times on this website, the absence of sleep will likely have a detrimental effect on your health in the short and long term. So, without looking into any possible dehydration or potential lung issues, I think it is important to just take the noise factor into consideration.

See also  How to Wake Yourself up from a Dream

There will be many among you who are not and never have been disturbed by anything when you sleep. Those people who actually embrace the white noise that comes with the territory when a fan is on – which in turn helps them sleep.

That is perfectly plausible and happens more often than you think.

The next section is something that the deep sleepers need to worry about, maybe.

Some ceiling fans have a “WINTER MODE” option.

This option changes the way the fan turns so the air is pushed up towards the ceiling and not directly on you while sleeping.

It still moves the air around the room without the cool air and dust blasting directly onto you.

Evaporation of Moisture When You Sleep

In a recent interview Dr. Len Horovitz, from Lenox Hill Hospital, was adamant that fans could not possibly do anything toxic to somebody sleeping, whether that person is in deep sleep or not. So, that is not something that you need to worry about.

However, there are two aspects in particular that you do need to concern yourself with.

Firstly, there is the distinct possibility that the moisture in your mouth and nasal passages can dry out if that fan is too close to you when you are asleep.

Ordinarily, that is something you are unlikely to pay a considerable amount of attention to when you are actually sleeping.

Moisture generally evaporates when a fan is on. In addition to that, a fan that is too close to your body can and probably will blow dust in your direction while you are asleep.

If you have certain allergies, these can be exacerbated by a fan. There is nothing more traumatizing than waking up from sleep with that wheezing feeling.

Fans That Blow Around Dust and Allergens When You Sleep

You also need to bear in mind that ceiling fans generally collect a lot of dust when they are not being used. Once you switch them on, all of that dust starts to circulate in the air, which could eventually cause you more agony than a little hot air that had you tossing and turning earlier in the summer.

See also  How to Avoid Sleep While Reading?

Dr. Horovitz also explains that distance never hurt anybody when it came to switching fans on in the bedroom. If cooling the air down means that much to you, then this should probably be your approach.

Fans That Contribute to Stiff Necks and Spasms

It is generally accepted that cool air helps make the muscles in your body contract. The jury is probably still out on the impact that a fan of any kind would have on that though.

Dr. Horovitz is of the conviction that air conditioners tend to have a greater impact than fans in this regard.

Again, if you are well covered when you are asleep and the fan is a fair distance away from you, then you should not experience any significant hassles. It is just something that you need to perhaps be cognizant of. 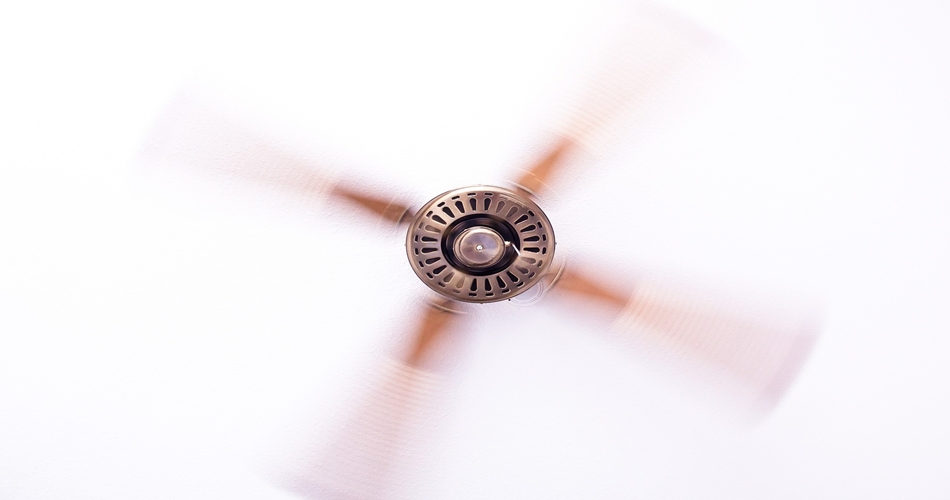 Is Sleeping with a Fan Really Bad for Your Health?

History would dictate that anything published in a tabloid-like The Sun should be consumed with a truckload of salt.

We have already established earlier in this article that fans can create a little inconvenience and some mild irritation when sleeping. If anything they do provide a meaningful purpose on a hot night.

But there are still many of the conviction that the health hazards posed by sleeping with your fan on are still hugely understated.

The Sun cites an article published in the Sleep Advisor just last month. That particular article interrogates the matter at greater length and provides a somewhat more balanced approach to presenting the argument.

It acknowledges everything we mentioned above about the evaporation of moisture, allergens and potential muscle tightness.

What we cannot lose sight of is the fact that a fan, whether that be on the floor or the ceiling helps keep the room cooler on a particularly warm summer night and more often than not helps a person sleep.

The fan also helps with circulation in a room, where all the windows are closed. The more dangerous the country you live in, the more likely you are to have those windows and doors closed.

For people in those circumstances, the fan becomes the only answer. You cannot lose sight of that either.

See also  What Is The Best Color Noise For Sleep?

Then there is also the small matter of odor, from somebody who has been sleeping in a room with no circulation at all during the night. I suspect we have all encountered that heavy smell at some point before. A fan also helps deal with that.

The benefits of using a fan in the bedroom are obvious to all and sundry.

If you are really struggling with that fan – more common among Asthma patients – there are actually other cooling options that you could try.

After all the talk above here is a quick recap of the Pros and Cons of sleeping with the fan on all night. Ultimately we are all different and it will be your choice as to whether you sleep with a fan on all night.

Pros for Sleeping with the Fan On

Moving the air around to keep you cool on warm humid nights. Read about sleeping in hot weather in my article here…

Some will never have an issue with the fan running while they sleep as they are used to it and in fact have the fan running all year long. Because of the benefits of the white noise, the fan produces it allows the person to achieve the sleep they require.

Healthwise it is probably a better choice to use a fan to keep you cool than run an air conditioner which can make you too cold and could cause problems when you become too cold.

Cons for Sleeping with the Fan On

Even if you require the fan running to keep you cool and keep the air circulating throughout the warmer nights some of us just cannot stand the noise of the fan running!

Some people may dehydrate or have allergies that may flare up if a fan is too close to them throughout the night. Keeping your fan and bedroom free from dust will help with allergies.

Also not being to close to the fan is preferred. (Why not try your “Winter Mode” option on your ceiling fan if you have it?) 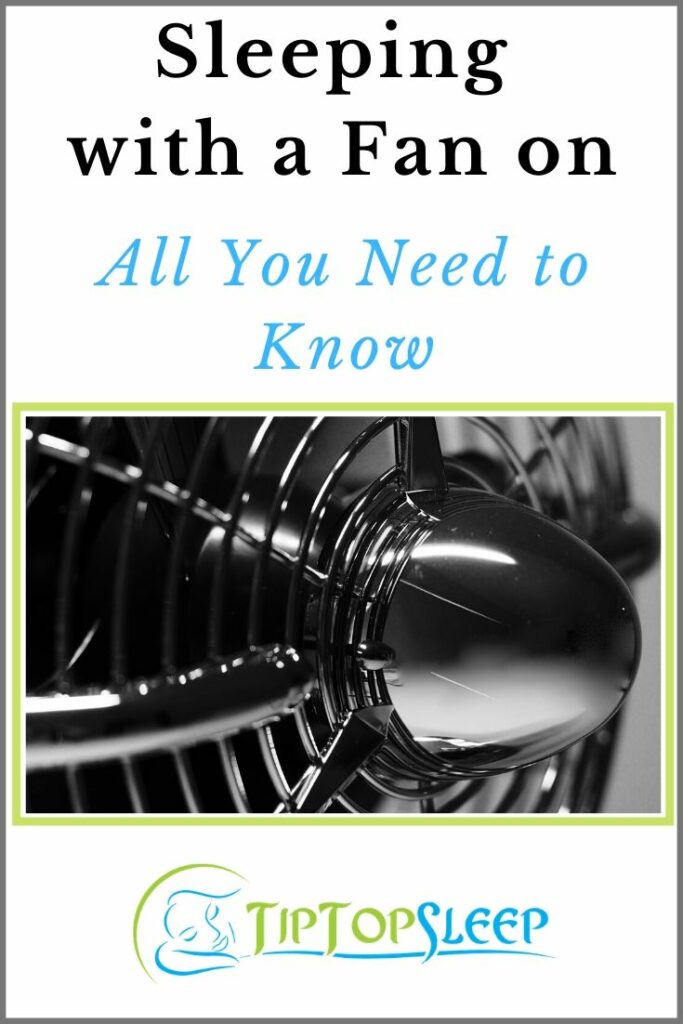