It is quite possible that there is nothing on earth that soothes the soul more than a slow rain falling at night, making music on the rooftop. All the while, you are sitting in front of the firelight or snuggled down in bed and allowing your mind to just drift away.

Some of us just like to be different and act like there is no meaningful sensation that comes with rainfall on a cool evening. However, most of us know exactly what it is like to experience that sleepiness that comes with the territory when it rains. Very few of us can actually explain why it happens though.

Why Does Rain Make You Sleepy?

Many factors contribute to rain making you feel sleepy. The relaxation that the sound of rain induces. The cloud cover darkens our environment signaling to our brains that it could be nighttime and also the humidity which makes us tired. All will respond to different triggers that will cause sleepiness when it rains.

A reality we probably all need to face up to is that nobody actually wants to do anything when it rains. Nobody wants to get out of bed when it rains, because rain is often accompanied by cold weather.

Nobody wants to go to work when it rains because they do not want to get wet or be stuck in never-ending traffic that is often a by-product of wet weather – people tend to drive slower and more cautiously when it rains.

The point here is that nobody actually wants to do anything meaningful when it rains and sometimes sleeping is a by-product of that inner laziness that manifests itself during rainy weather.

There is not any compelling evidence to suggest that there is a direct link between feeling sleepy and rain. It is normally a trick that your mind plays on you. In most parts of the world, rain is not a common feature during a calendar year, for example. It is more of a seasonal occurrence.

So, when it does rain, the novelty of the experience does not wear off that quickly. Sometimes, we just like the idea of sitting at our desks or lying in our beds and just soaking in the full rain experience. It is in that moment when our minds start drifting away into the distance, that we start feeling sleepy.

Some people just get bored with not having anything to do when it rains. You can’t play outside and you can’t do any meaningful household chores.

If you are one of the few who muster the courage to go to work, you will likely find that business is slow because nobody else in your community has it in them to actually come down to the shops or supermarkets.

In short, what we are saying here is that the absence of something meaningful to do when it is raining promotes a feeling of boredom. When we are bored, the natural instinct is to sleep or at the very least feel sleepy. Rain then just becomes a convenient excuse.

In addition to the cold weather that often accompanies the rain, there is the small matter of the darkness that often surrounds us under those circumstances.

That darkness is usually a direct result of heavy cloud cover. Nevertheless, our minds are normally trained to sleep when it is dark. That normally comes naturally but also has to do with years of habit that has been beaten into us by our parents, guardians, and college or boarding school housemasters.

Ordinarily, melatonin is a hormone produced by a gland in the brain, the purpose of which is to regulate sleep-wake cycles. As a drug, it is used to help solve problems that are associated with sleep disorders. The body naturally produces this at night or in darkness.

We are also taught the value of sleep early in our lives and that the most natural time in which to sleep is at night. So, more often than not, when it does start raining outside, that natural temptation to start dozing off kicks in and thoughts of sleeping starts to take over. 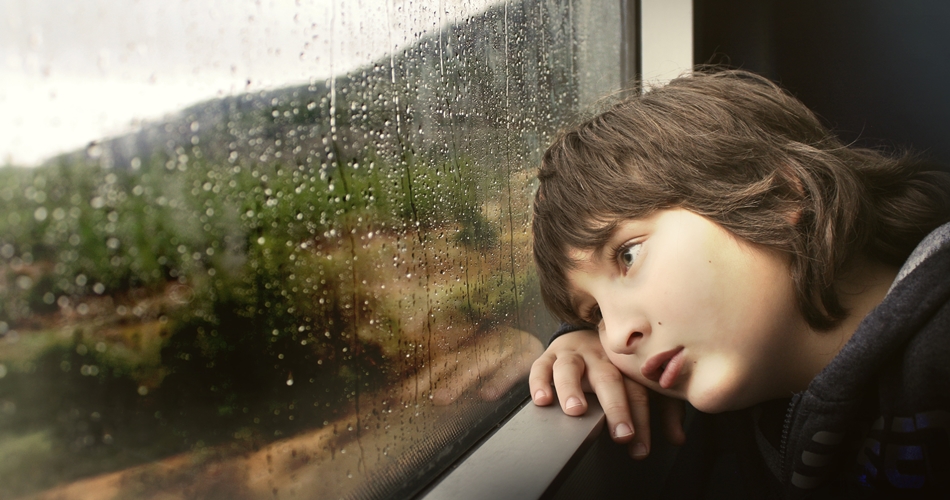 Rain and Sleep – What Science Says

Ken Kronheim is a mental health expert and often delivers commentary in this field. He is also well versed in the rain and sleep connection. Among his key observations is that rain produces white noise, which he believes dulls the senses.

Another element relevant to this discussion is something called Serotonin, a neurotransmitter associated with feelings of general well-being and happiness.

Speaking to The Sun Sentinel recently, Kronheim explained that when it rained, your capacity to pick up many other outside noises becomes somewhat limited. When it rains, you don’t seem to hear anything else. That failure to pick up on other external noises effectively puts you in somewhat of a trance. A feeling of sleepiness often accompanies that trance phase.

Humidity is often associated with hot and sunny weather. However, it is something which is actually at its most potent when the clouds are above. That increased moisture in the air contributes to feelings of low energy and lethargy. It makes you sleepy.

When it is humid you tend to feel exhausted and fatigued. Those are feelings that are often associated with drowsiness and ultimately being sleepy. You know that feeling you get when your head feels fuzzy and heavy? That’s the one.

Then there is also the notion of the safety and warmth of a mother’s womb. He believes that the sound of water, whether that be on the rooftop or down the drains tends to take some people back to the safety of the mother’s womb.

Not All of Us Get Sleepy When It Rains

Not all of us are lulled by the steady ambient sounds of rain on our rooftops.

Kronheim also believes that when the weather is “nice”, some people are more likely to sleep than when it rains. This probably due to some people’s intolerance to noise while trying to sleep. Contributing to this would be loud rain on rooftops and windows or lightning and thunderclaps.

There is no arguing that given the right environment rain will make you feel relaxed, happy and even sleepy.

So I for one will enjoy every moment I can if I find myself in this situation.

Listen to these soothing sounds they will help you fall asleep faster and can assist you with insomnia issues. 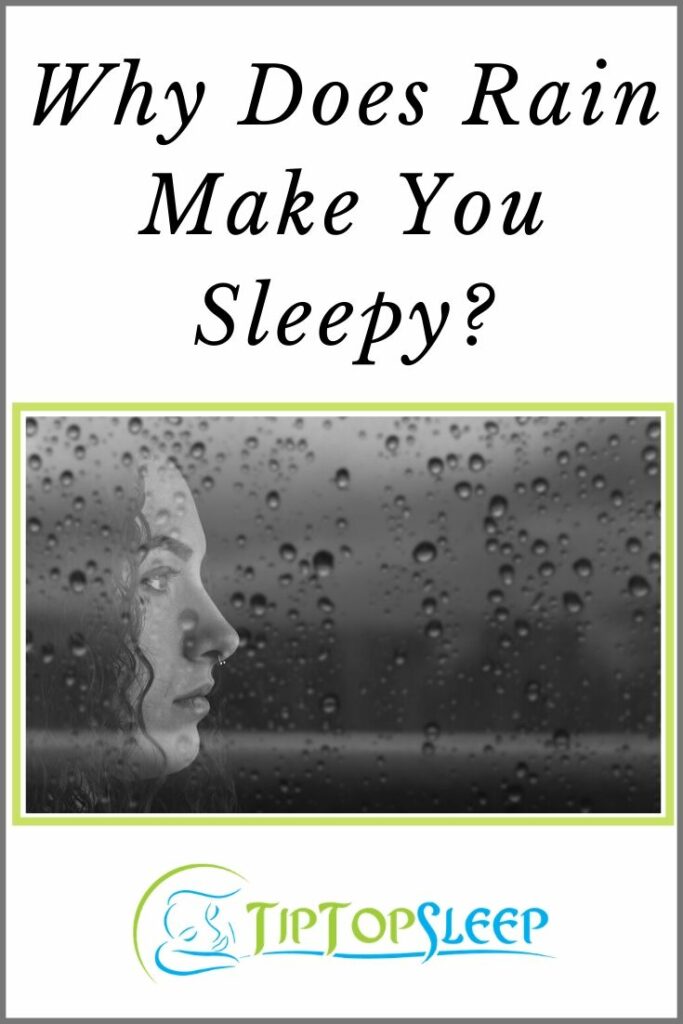