Why Do We Sleep on Beds? Most of the historical evidence would suggest that sleeping on a bed has always been the instinctive thing to do – both for human beings and for animals. Basically, we sleep on beds because we feel safer and protected up off the ground.

It has become increasingly apparent, throughout the centuries of life on earth, that the only real variation has been the nature of the materials various species have used to create those beds.

Apes, for example, are believed to have created and used beds as far as 5-million years ago.

Why Do We Sleep on Beds?

Anthropologist David Samson is actually of the conviction that high-quality sleep might have led to the evolution of modern humans.

He based most of his findings on recent research he conducted with chimpanzees in Tanzania.

It is fascinating to note that the chimps in question know to choose tree branches that give them the firmest and stable place to sleep.

It is not a bed in the conventional human sense but it remains a bed for that chimpanzee. The experts call them nests.

The scientists have also established that those nests are actually built from several tree species, all of which contribute to better physical health for that chimpanzee and what we presume to be a quality night of sleep.

If that was not the case then building the nest would no longer be the tradition.

The human experience is actually no different. Human beings, whatever their background might be, choose to sleep on beds because it is perceived to be the best way to secure a quality night of sleep.

What differs between civilizations is the nature of the materials that the beds are built or made from. That is something that has also developed over time, depending on the resources and the science available to build those beds.

To some degree, it is also a matter of tradition, taste, and style or all of the above. For example, some ancient civilizations would have been more heavily reliant on piles of straw, palm leaves, animal skins, and other vascular plants. That was all they knew at the time and it frankly made practical sense.

During medieval times, mankind started to experience some of the modern changes with beds, which is when we started to see the introduction of boards, fabrics, designs, and curtains.

The curtains assisted with warmth, which is sometimes needed for a good night’s sleep, and they also enhanced the notion that a person ought to have some privacy when he/she is asleep.

While there were some decorative elements involved, medieval beds were still largely made from straw and towards the backend of that era the feather mattress became the vogue but only for a select few in society. 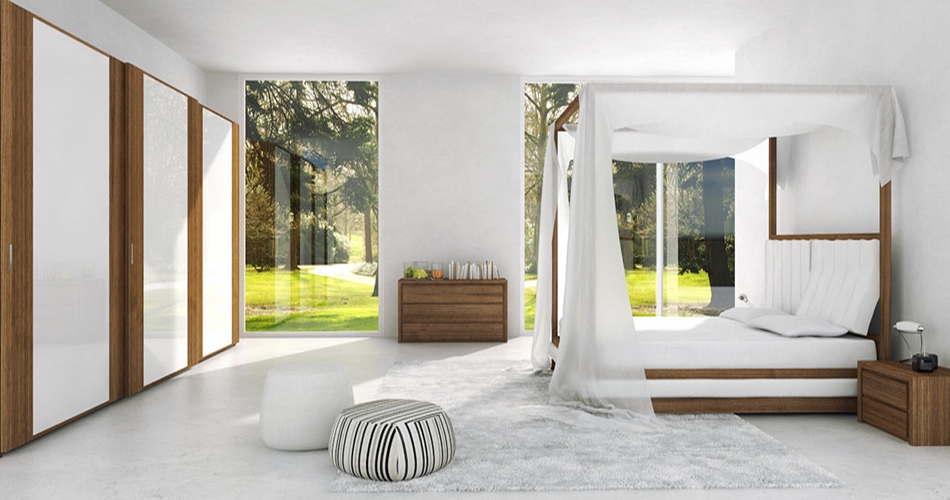 Why Don’t We Sleep on the Floor?

We sleep on a bed for safety. This is the main reason why beds are off the floor as the elevated bed frames with the extra barrier of a mattress and bedding all combine to evoke feelings of safety.

It is essentially a return to the animal/mammal theme. The chimpanzees – which formed such a significant part of David Samson’s study – have opted to create those nests in the trees to steer clear of danger.

They aren’t the only animals to adopt that strategy either. The modern human experience is not as dramatic but just as practical.

Insects, dust, and dare we say it rats are a reality. It stands to reason that the exposure to dust, especially in excess will have a detrimental impact on our breathing habits while we sleep. It can also prevent quality sleep altogether.

See also  Do You Need to Reduce EMF’s In Your Bedroom?

There is also an element of superstition involved here.

There are those among the Zulu people in South Africa who don’t just sleep on beds but they actually raise the level of their beds to keep safe from a creature known as the Tokoloshe.

The author of this article is the son of a Xhosa woman and a Zulu man, and this practice was a very common feature of his youth, regardless of how little sense he thought it made.

In some families, more than one brick is used for a single leg of a bed but more often than not that Tokoloshe nibbling away at somebody’s toes is just a rat.

We Sleep on Beds Because We Are Civilized

The modern bed has been associated with civilization and human development. Those of us who either grew up in or live in the big cities will know this to be the civilized way to sleep.

However, there is increasing evidence to suggest that this is not necessarily the best option available. Physiotherapist Michael Tetley has been traveling the world studying instinctive sleeping and resting postures.

During his travels, he has established that the environment can have a significant impact on the sleep choices that people make.

Of particular interest was his finding that forest dwellers and nomads actually suffered from fewer musculoskeletal lesions than those of us living in the civilized world.

Many of those forest dwellers actually sleep on the ground or on the floor, without so much as a pillow. Instead, they use either the right or the left arm folded as the pillow.

Among the theories is the element of safety, which we touched upon earlier in this article.

That is to say, it becomes easier for forest dwellers and nomads to detect threats if and when both ears are “kept open”.

See also  Should I Be Sleeping with Candles Lit?

Some human beings in the Tibetan regions, where the weather is very cold and resources scare, people have been known to sleep on their shins – which can look extremely awkward for the untrained body.

However, Tetley has established that it is actually a very practical thing to do. In those environments, it is normally very open and the ground is normally wet. Lying down makes no sense in those circumstances and beds are not readily available.

This sleep method reduces heat loss and both ears are available to listen out for danger. 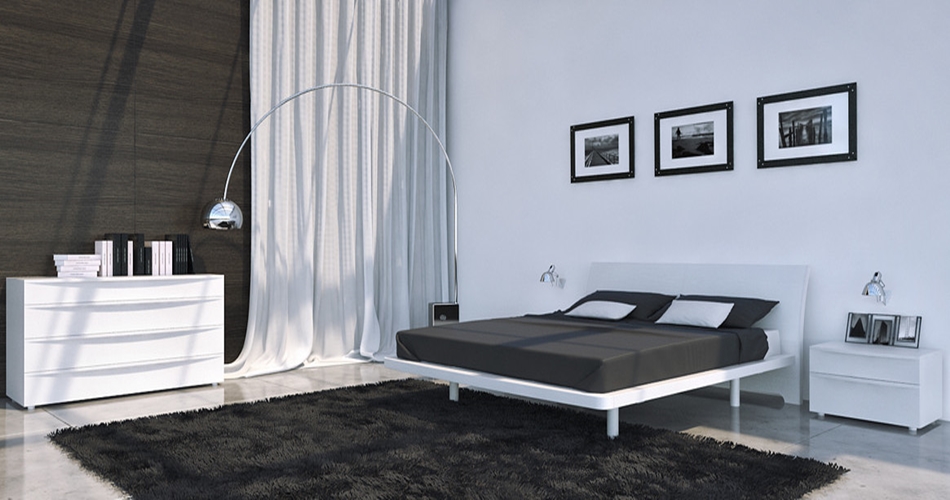 In today’s society beds are not only for our pleasure and comfort but they can also be a fashion statement. Beds can be beautiful pieces of furniture, especially when combining it with luxury linens, comforters, shams, and cushions.

Final Thoughts – Why Do We Sleep on Beds?

Thank you to my good friend Siya for his insight and the interesting facts he has given us about how we came to sleep on beds.

However, beds came to be I am thankful – as I love my bed and I love sleeping!

Can You Sleep on Just a Mattress?

Yes, you absolutely can sleep on just a mattress. In fact many people the world over have only a mattress to sleep on.

Most bed frames and bases are made from a single piece of timber or timber slates that the mattress sites on. The mattress really has the same firm feel as having it directly on the surface of the floor.

If you want to pay a premium price for a base you can get them with built-in springs which will give your mattress a softer feel.

How Can I Sleep Without a Bed?

Place a mattress, airbed or something soft on the floor cover yourself and go to sleep. A lounge, pull out bed or even a hammock are also great places to get some much-needed Z’s. 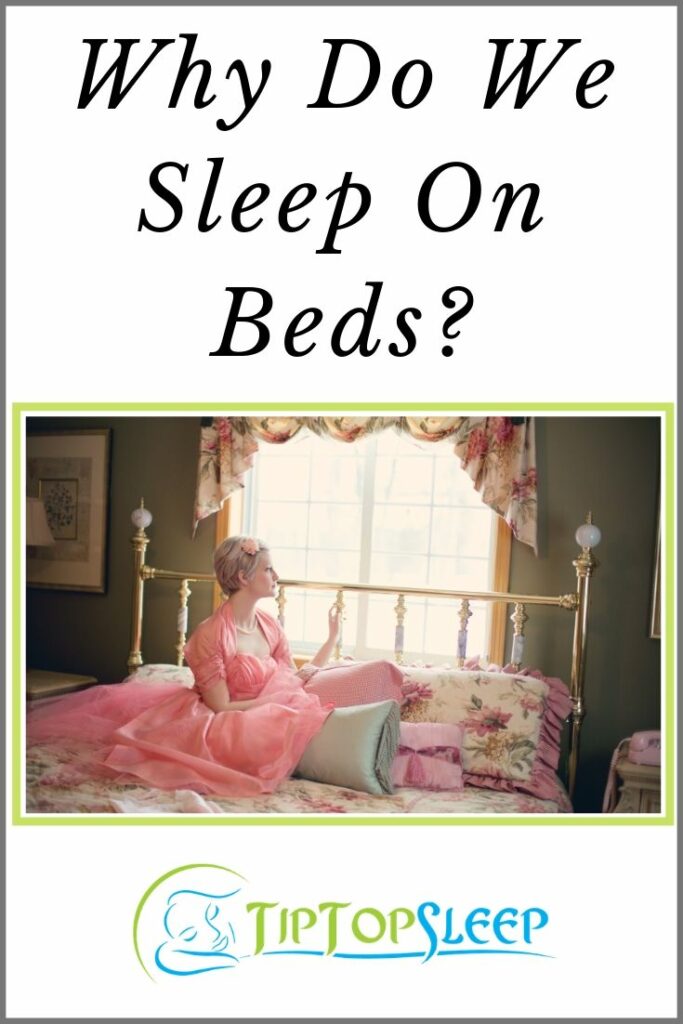